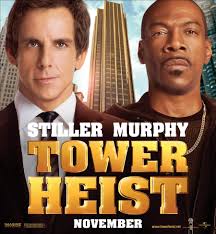 Tower heist has some tasty has been stars,this movie stands out more for where these stars

are now in their career rather than how good this film is. 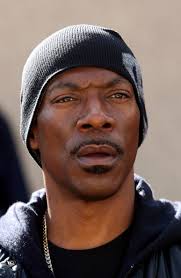 Eddie Murphy was probably the biggest black comedy star of the 80’s,for some reason

his natural ability to be able to charm and dazzle on screen seem’s to have left him. 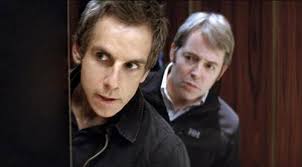 Mathew Broderick also fits into that frame,he played possibly the coolest teenager in

one of John Hughes biggest films(Ferris Buellers day off),since then he seems to only play the wimpy character who has no confidence or real personality.(Godzilla,the freshman…)

Back to this film,Ben Stiller plays a general manager of a exclusive hotel,after one of their

guests loses most of the staff’s money through bad investments, Stiller’s character decides

This movie is not bad,it’s just not great,if you are desperate and have nothing better to do

give this a butchers!