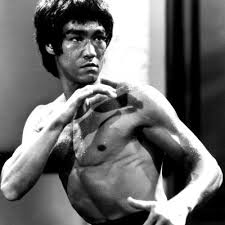 So while thinking of a classic movie to review that really broke new ground,

Enter the dragon came storming from my memory banks. 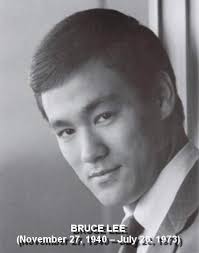 For a film that was made in 1973,it really does stand the test of time,had the world ever seen

someone like Bruce Lee before ?,not in such glorified Hollywood style they hadn’t.

To add to Bruce’s quiet lingering eyes,you had three contrasting characters in 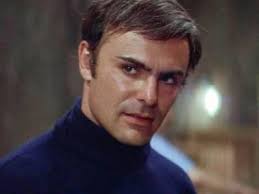 Williams,Man, you come right out of a comic book(Jim Kelly)

And not forgetting the tight lipped human killing machine – Bolo 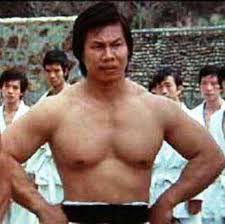 So the plot was something from a James Bond movie,Bruce was asked to enter the island

and work under cover,when the fighters arrive on the island,the one thing that stands out

now,is the ugliness of extra’s,really is shocking at the level of inbreeding going on around Hong Kong 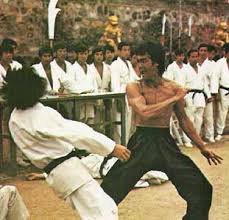 As a kid everybody wants the hero to succeed and kick ass,this movie ticks the box

in that sense but it also offers a lot more, Lee always came across as shy but everybody

knew he could take on the world and come out on top!

The acting from the accomplished John Saxon and the comedy

comments of Jim Kelly really does pull the viewer out of his seat and drag them along,

on possibly the best martial arts adventure film,not only for its original and Americanised production

but also for the fact it stars the Elvis Presley of the martial arts world.

Mr Han, suddenly I wish to leave your island.

My style? You can call it the art of fighting without fighting.