I don’t follow a lot of the super hero films as I find the whole CGI orgasm that happens on the screen off putting,with the exception of the recent Batman movies.

With all the hype over the Avengers movie I am quietly looking forward to it,just seen a trailer and notice they have blowed the Hulk up again to a point that it looks like you are watching a cartoon,less is more from my point of view,the original low budget TV show of Hulk had it’s faults but the one thing it got right was using a bodybuilder for the angry version of Hulk,this creates a reality to enhance any story line,no matter how unbelievable.

There have been two Hollywood attempts using the same old CGI version which I think failed miserably.

I’m sure the movie will be good,just gonna have to walk out when he get’s angry!

I first watched Maniac cop when I was around ten years old,I remember hiding behind the sofa when he came storming out of nowhere to batter some random civilian.

Twenty years on and I am falling asleep on the sofa while watching it,I cannot believe how bad these movies are,Maniac cop is more mentally challenged cop,I think the makers have tried to copy the Jason element of him having a thing for his mother, but the actor playing Maniac cop doesn’t really have the acting ability.

This is a cheap movie,the sound editing is laughable and some of the extra’s work is that bad I’m not sure anyone told them they were in a movie.

Note: They made four of these movies, FOUR !

Norm Mcdonald is not that famous in the UK,I come across the movie years back and was surprised he didn’t go onto bigger and better things,he seems to just float into the odd TV show or movie in small parts.

I think his comedy is made for the big screen and found some of his one liners in this film hilarious.

Two guys down on their luck are in desperate need to raise cash to pay for their fathers heart transplant,as they cant hold down jobs they decide to start a new business,”The Revenge business”

The plot is nothing to phone home about but some of the writing and jokes are funny and keep you interested(nearly) right up until near the end were they round it off with a typical Adam Sandler ending.

Worthy of a watch

The movie starts with a guy in a car being chased by the local authorities,this continues throughout the movie,the movie ends with him being chased! ,no real dialogue,just the odd,”GET HIM” ” DONT LET HIM GET AWAY”

Such a ridiculous movie,it reminded me of a more serious version of Smokey and the Bandit,without the characters and the comedy. Christopher Lambert put’s in a fabulous performance in this futuristic action roller coaster of a movie.

In the future, couples are restricted by law to only have one baby due to over population,when John Brenick and his wife lose their baby they decide to try for a second but get caught in the process and are sent to an underground prison(The Fortress).

Kurtwood Smith (known for Robocop) plays the boss of the prison and shows his strength as one of the leading men bad guy actors in Hollywood. 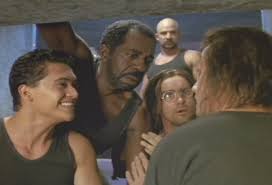 I enjoyed the start of this movie,minutes in and Johnnie (Stephen Dorff) is sat on his bed with two cheerleaders dancing half naked at the end of his bed,minutes later and his life is back to normal,walking around with a depressing demeanor. 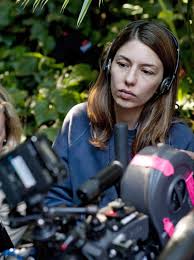 I enjoy a movie that can say alot without feeling the need to fit unnecessary dialogue into the script,I say I normally enjoy this because this movie seems to go nowhere and say nothing throughout. 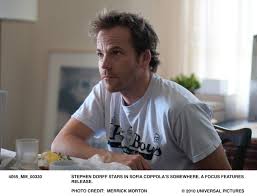 Johnnie is a movie star who feels lonely,horny,and then back to lonely throughout most of his days.

The most controversial movie ever made has probably caused more reaction and debate with my friends and strangers that I thought I would bring my own opinion to WordPress.

Is this the best movie ever made ? No,does this movie create a reaction and take you on a journey that no previous film has done ? Yes,the title plays in reverse,so the event happens then the movie keeps flashing back to the previous days.

The main talking point about this film is the seven minute rape scene,a lot of fuss has been paid to this area of the film,I personally found it hard to watch,its a continuous shot,there is no editing,no separate angles,just one shot that zooms slowly into the event,while watching this I felt like I had witnessed a real rape,I felt huge sympathy for the lady in question and pure hate for her attacker,and then I snapped out of this mood and realised I had just witnessed the most realistic horrific scene in any movie ever made,I did not feel joy,just a realisation that this film had just taken me somewhere other films wouldn’t even think about.

The film then breaks down into the backdrop of all these events coming together,which makes the original event even more painful to take accept.

I think some people have pre judged this movie based on this event,they ignore that it has France’s answer to Al Pacino, in Vincent Cassel,there are a million movies that have been made about killing which have showed a gore-fest of scenes without any original backdrop(The Saw franchise)

At no point does this film glorify rape or show any sexual scenes whilst the rape is happening.

I wish people would get pass this one scene to appreciate what is one of the most moving films ever made.

My issue with the Mission impossible films is, if I wanted to watch a James bond type movie I would just watch James Bond,Tom Cruise can try as much as he likes but he aint no Bond.

The whole franchise seems like a watered down version of 007,as for Ghost protocol,it was OK,some nice stunts throughout the movie,but at some stage they become so unrealistic I start to prey that maybe,just once they could go wrong,just once,Tom lose his grip,falls 1 mile down and turns into a squashed tomato! I say this because the stunts are so over the top that you never really care if he lives all dies because the reason for him surviving is just so unbelievable.

Simon Pegg picks up another paycheck playing the simple English nerdy guy,I love Pegg for his British movies,but his character in this flick is beginning to grind,nobody could be this stupid and annoying in real life unless they suffered with a mental illness. 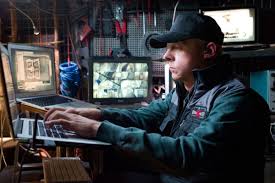 After watching the original movie yesterday I feel let down,Centipede 1 had an interesting bad guy,an unique horror sequence,the key to the first movie was that everybody but the killer came across as normal,in Centipede 2,most of the cast seem crazy which brings no balance to the film,the new bad guy doesn’t talk,is possibly the ugliest man I have ever seen,rather than scary he just comes off as dull.

This movie was very disappointing,plenty of the sick scenes but with no back story which means you lose interest from the off,I would not recommend number 2,I hope the director goes back to the original format for number 3.

The IMDB top review warns not to watch this film,calls it sick and stupid and ask’s why somebody would make such rubbish,well,I loved it,so that’s one reason! 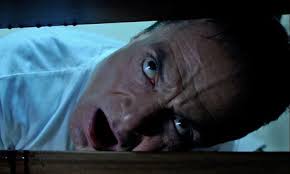 The director has been quoted as saying there is no point in making a film unless its an original idea,I completely agree,if this movie makes you feel sick or it’s just not for you,great,move on and state why you don’t like it,but don’t tell people not to watch,its like me going to France,hating it and then presuming everybody is the same as me so tell everybody else not to holiday there. 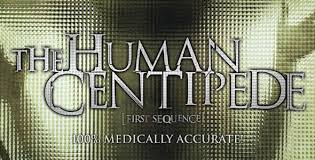 I enjoyed the movies Hostel,the reason for this is because everything that happens in those movies can actually happen in real life,there is no ghost or weird devilish creature,same with this movie,its wrong and sick but its all the more scarier because it could happen,plus its incredibly original