I have much love for Rocky,as a child I loved Rocky for completely different reason’s,this being mainly for the unrealistic fight scenes and the motivational music,after viewing it first time round I remember giving my teddy a Rocky pounding, to the point were I think he lost an eye,its uncanny how a like the movie is to real life. 🙂

Years later and I appreciate the movie much more,to write a script were the lead character is classed as hopeless bum,breaks people’s fingers for not paying their debts sounds like a terrible idea.

No matter what class of person you are,you can relate to Rocky,everybody feels uncomfortable in certain aspects of their life,everybody lives with their regrets and hold’s out hope that maybe their specific dream, no matter how unachievable,is possible.

There have been a million movies made in the past to portray a romantic relationship, but I don’t think there has ever been one like, Adrian and Rocky’s,Adrian’s shyness is explosively silent,maybe her character is overly withdrawn for most people to make a direct comparison,but it’s still a fantastic performance by Talia Shire, to express such awkward self awareness of her feelings for Rocky,she is truely amazing. 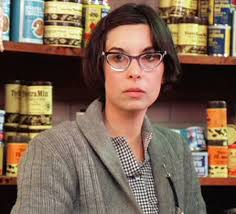 I enjoyed the rest of the Rocky sequels but they can never be compared,Rocky is a modern day classic,the rest are enjoyable popcorn movies that were never intended to be taken too seriously.

2 thoughts on “Rocky – Movie review – If Carlsberg made movies….”