I had been looking forward to reading this book,the man has won ten Premiership and two Champions league medals,he had played with some of the biggest stars in the world!

So you can imagine when I started reading,how disappointed I was,for a start,each page contains some writing and a full picture,this is on every page,now I love seeing some personal photos to give you an idea of what certain moments may have been like,Scholes hasn’t done that,instead he has opted for nice close up pictures of him striking a ball,running for a ball,or laughing with the ball,some of the writing on the opposite page would just be information about the picture on the opposite page – This is me hitting the ball against Blackburn,I made a sweet connection,but on this occasion the ball did not hit the back of the net –

Now this might sound like a good book,but when you take my example above,and duplicate it over a hundred pages it becomes a dull affair.

He seems to have accepted his advance from the publisher,and then realised he would have to have an opinion on things,this is the only reason I can make out,as to why the book is filled with pictures and messages from former players.

Having read through the book,the most interesting thing he came out with,was that he didn’t think much of Dennis Wise,well Scholesy,neither does the rest of the world,unfortunately this does not make a book,next time,please do your talking on the pitch.

From the start of this movie I kind of had submarine expectations,as it seems every TV and paper had marked this down as the biggest flop ever.

The opening scenes of the movie was…. a bit weird and mixed up,a lot of flying objects and a lot of people talking mumbo jumbo,but then it kind of picked up,the movie then goes into a Indiana Jones meets Star Wars,meets Prince of Persia vibe.

On the plus side,this movie has Brian Cranston (Breaking Bad) Dominic West (The Wire) and Mark Strong(Rockin Roller)

John Carter (Taylor Kitsch) is not a bad actor,when he is on screen the movie is actually quite good,watching him discover his new surroundings and skills makes this movie seem outstanding,im guessing this was the plan,its just other elements of the movie that drag it down.

On the down side,there are far too many characters in this movie that I personally didn’t care for,the writing did not give you a reason to care for them,this resulted in the majority of the cast having too much dialogue which makes the movie drag.

Overall the movie is confusing,some parts done very well,some writing just plain boring,I enjoyed what the makers were trying to do all the same.

Side note –
All of the dialogue feels like it was written by the Ultimate Warrior.

After reading a lot of crime books recently,it got me thinking,”What would be the worst way to die”

So here is my run down of my personal dire ways to die….

3,Eaten by a shark,I’m pretty sure that most peope’s fear of sharks comes from Jaws,well and the fact they are an awesome predator,if the idea of being eaten my those razor sharp teeth was not enough,the fact that it would be a surprise attack,or even worse,he could circle you,and tease you with his fin.

2,Drowning,I know it doesn’t sound that terrible,but I think if you were stuck under water,you initial reaction would be calm,the water is not hurting you,then slowly as the pressure on your lungs becomes too much you start to swallow water and then you body slowly shuts down.

1,Being eaten alive by a crocodile,I have always had a huge fear of this animal,I think it stems from reading a travel book when I was a kid,on the way to Australia at the age of 18 I read some facts and stats about saltwater crocodiles

The problem  with this statistic is,that when a croc kills there are no remains left so it is  a very hard statistic to answer correctly.

Apparently if you poke them in the eye they will stop chewing you up,that is, if your finger is still attached to your hand,im just glad we dont have them in the UK.

A lot of travellers can not afford the expensive bar prices,as an alternative they buy drinks from the shop and then party in the street.

Its seems the Italian league is a script for the next Godfather movie,the Camorra crime family are heavily involved with Napoli and several other Italian teams.

Several players have been robbed by gangsters connected to the Camorra family, as well as some players having their homes burgled,the Napoli club have now taken extra security measures to protect their players.

Several players have also been arrested for being involved in match fixing,with the reported power that the Camorra family hold,these stories are being linked back to them.

This is bad news for the Italian league who were convicted of match fixing only a few years ago,this resulted in Juventus being stripped of their title and in turn being relegated.

Latest arrest report from the BBC

The captain of Lazio has been arrested by police investigating claims of match-fixing.

Juventus coach Antonio Conte, who just led the club to the Serie A title in his first season in charge, is among those being questioned by police.

Police are searching more than 30 homes, including those of players, trainers and administrators of clubs in Serie A, Serie B and lower divisions 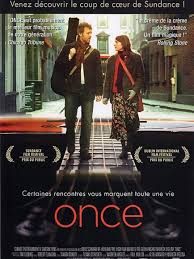 The story follows a singer song writer who performs on the streets of Dublin. He is not long split with his long-term girlfriend who wanted more from life and moves to London. Fresh from heart ache he has written a bunch of new songs and is looking for fellow artist to record with.

On a of chance he meets an immigrant who is looking to get a hover mended while he is busking. Luckily he is the man to help out. While helping her out he finds out she can also sing. After some gentle persuasion she helps him out with a few track. More time he spends with her the more he falls for her, but her heart belongs to her sons father who is yet to join her in Ireland.

This Movie was realised 4 years ago, for some season Ive watch it every year and enjoy it as much as the first. For a low-budget movie, this is how it should be done. The camera work makes it feel like a real life documentary, that with the story being told makes this movie very enchanting. I love a good soundtrack in a movie and the added bonus that guy writes really heartfelt lyrics. He is that good I even have a few of his albums now, also the girl interest has a uniquely sweet voice too.  I’ve recommend this movie to a few friend over the years and they always said the same thing” yeah I enjoyed that”.