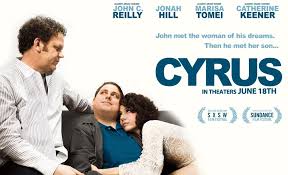 Well here is another installment of the Duplass brothers, written and directed. In this flick it has a guy of which I am not to keen on, John C. Reilly, so maybe  this was going to be a test of their skills and my tolerance to see if they could pull it off.

They actually pulled it off, I sat through a whole movie with Mr Reilly and didn’t wanna jump in the screen and pull off that silly looking rubber face of his. I just like the way these guys take a story that should be legless and turn it into something rather amusing. They have a real talent for script writing. If they can turn my thoughts around of John C. Reilly, albeit for just one movie then I salute you.

The movie start out with John (John C. Reilly) being told by his ex-wife that she is getting re-married. He struggles to believe they not getting back together after 7 years apart. She invites him to a party the following day to try to get him to start meeting girls again, he refusing, but her persistence pays of in the end.

While at the party the out of practice John meets Molly (Marisa Tomei) who see’s the crazy side of John rather amusing. After the one night stand she leaves through the back door, leaving her number for John to call. The desperate John does n’t waste time making contact. They arrange to meet again that night. As she tries to sneak off again without being seen John questions her secrecy. 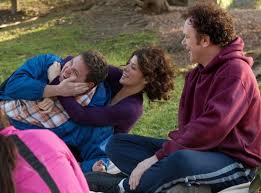 Not happy with her explanation he tails her to a house that looks unlike a single persons. The next Morning he awakes in his car still at the mystery house. H e decides to take a peep, as he tries sneaking up the stairs Cyrus (her son, Jonah Hill)  is waiting to greet him.

He soon finds himself inside the house being warmly hosted by the equally weird Cyrus. John cant quiet  believe his luck finding a beautiful girl like Molly. So something has to give or someone!

The film does come under comedy/drama/romance, I will be honest there are a few chuckles, to me though its more about the dialogue. Most of these type of movie are quiet generic when it come to dialogue, but these guys have found a formula that works. The three main actors in this movie play characters that i’ve not seen them do before or maybe that me loving what they did here.

Lets not get carried away though, it’s not that great, but the future looks good for the directors.