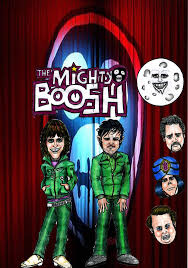 I recently signed up for a free trial on Netflix, skimming through my options I was soon discovering that there was not a great deal of choice. Unless you like old movies or TV series that graced our channels about 5 years ago. The only thing that grabbed my attention was The Boosh.

Back in 94 The Mighty Boosh graced us with their wacky style of comedy. 8 years on and theres still nothing out there quite as strange, I reckon the only comedy that can compare with their imaginative vision of  The League of Gentlemen and later on their little side project Psychoville .

Howard and Vince take you along the craziness of their day working for a Zoo. Vince is the fashion conscious 70’s throw back with a laid back attitude, while his friend Howard is the more take me as you see me eccentric. Time is never dull with these guys around, the insaness follow them around wherever they go. If they are not singing to Monkeys then they’re dating Panda bears. 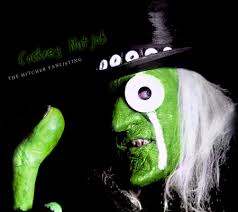 I remember back in 94 when it first hit our screens it was on bbc2 it aired around 7 o’clock. My point being is you doesn’t have  to be crude a vulgar to make people laugh. It was off the chart madness the stuff that was in those two guys heads. People tends to compare these guys with this person or that person, I don’t think they can put into  comparison with anyone else  to be fair. They were a breath of fresh air at the time. I’m not a Boosh fanatic though, for me their master class was season one, after this things became a little silly.

It was great fun watching season 1 again, if you haven’t seen it yet do yourself a favour “watch it” its awesome.