I had only heard bad things about this film,it’s not til you watch it that you really appreciate how bad this film is,Adam Sandler who I like,plays himself and his twin sister……

Both of these characters are amazingly annoying and unbelievable,Sandler always flirts with the commercial elements when making a movie,in this movie he takes all the creative writing and comedy timing out and instead whores himself out to the point of no return. 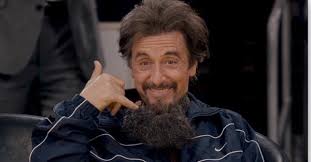 Eddie Murphy and Martin Lawrence gave up their self-respect years ago,I fear that Sandler could be following them down the same sad and lonely path.

The biggest shock is the fact that Al Pacino thought this movie was a good idea,not the first time he has signed up for a shocking movie(Gigli) I suppose you could excuse him based on the fact that he’s 72