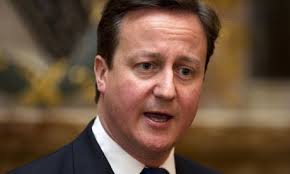 Just over a week since far-reaching new immigration rules took effect – which will permanently separate many British citizens or settled residents from their non-European spouses, children and ageing relatives – the home secretary has suffered a severe defeat in the supreme court. In the case of Alvi [2012] UKSC 33, handed down today, the court struck down a previous attempt by the Home Office to introduce substantive immigration requirements through the back door of policy, guidance or instructions, rather than in the body of the immigration rules themselves.

As a result, legal commentators anticipate an onslaught of legal challenges to the new rules, which rely extensively on accompanying guidance. Yet this is not the only challenge that Theresa May faces. On July 6 the High Court granted permission for a judicial review challenging the minimum income threshold required of certain applicants, and on July 4 the House of Lords issued a report questioning the validity of May’s approach to garnering parliamentary support for changes to the way in which human rights law should apply in immigration decisions.

The new rules were first laid before parliament on June 13 under the negative resolution procedure, meaning that no formal parliamentary ratification is necessary. The changes include introducing a new minimum income threshold of £18,600 for a British citizen or settled person to bring a non-EEA spouse or partner, fiancé(e) or proposed civil partner to live in the UK. This amount rises to £22,400 for a partner and one child and by £2,400 for each additional child. The income must have been earned over a period of time and any support pledged by a third party (such as parents) is discounted, as well as the first £16,000 of the couples’ savings. Income earned by the foreign partner overseas or prospectively available through an offer of employment in the UK will similarly be ignored. Any discretion to vary or waive the threshold has been removed. This amount is several times the income support allowance of £5,795.40 per annum deemed sufficient for a UK couple, and used as the previous benchmark to determine whether migrants to the UK could be adequately maintained. According to the Home Office’s own assessment, around 45% of current applicants would not be able to meet the threshold. There will be a disproportionate effect on young people, women, disabled and older people, and the implication is that lower income families don’t have the same right to family life in this country.

Even for couples who are able to meet the financial hurdle, the minimum probationary period for settlement for non-EEA spouses and partners has increased from two years to five. Campaigners have highlighted the fact that vulnerable individuals, such as victims of domestic violence, will be most affected, as they will now be forced to remain even longer in an abusive relationship if they are to stay in this country. And for anyone wishing to bring an elderly non-EEA parent or other relative to the UK they will have to demonstrate that the person requires a level of long-term personal care that can only be provided by a relative in the UK. Love, commitment and financial wherewithal are no longer sufficient.

When a concerned MP asked May in parliament whether she had examined the impact on communities and families on modest incomes, he received no direct response. But the Home Office’s 60-page impact assessment, published with the rules, makes plain that the answer is a resounding no. Buried at the bottom of page 22 are the only two sentences addressing the personal cost: “There may be negative impacts on individuals prevented from sponsoring the settlement of a partner in the UK. It is not possible to accurately quantify this effect but it could be significant.”

In addition, the home secretary has sought under the new rules to dictate to judges how they should strike the balance between the public interest and an individual’s rights when applying Article 8 of the European Convention on Human Rights (the right to family and private life) in immigration and deportation appeals. In an attempt to give legal and constitutional validity to this approach, May convened a Commons “debate” on June 19. Yet this session appeared to cause more confusion, with one Manchester MP writing to a concerned constituent stating that there had been no debate. More damningly, the Lords in its July 4 report said that “The Home Office provides no evidence to support its view that the procedural approach it proposes will lead the courts to react in the way the Home Office anticipates.”

A common misconception is that these rules affect only foreigners. Tens of thousands of British citizens will also be affected. Virendra Sharma, the Labour MP for Ealing and Southall, tweeted last week: “I would not have been able to come to UK to join my family if these rules had been in place then.”