This is one of those movies that went largely unnoticed,the first time I saw it was late at night just before the tv station shut down.

It has a great cast which includes Emilio Estevez,Cuba Gooding Jr (before he lost credibility), Dennis Leary and Stephen Dorff.

A group of guys decide to take a road trip,on their way to the big city they get stopped by unmoving traffic,they decide to take detour and find themselves in the wrong side of town,this is where the movie really kicks off, it’s not a horror but it does play with tension remarkably well,there are many times throughout when I found myself wanting to shout at the screen, which is full credit to the writer Lewis Colick,famous for Bullet proof,October Sky and Ladder 49.

This action movie has a real brain behind its surface,something which is rare in modern day flicks ! 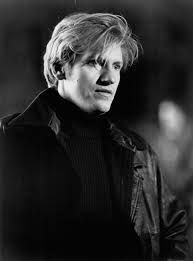 Dennis Leary could not have found a role more suiting to his take no bullshit persona,you truly feel that he could easily walk off set and shoot someone if the head without blinking,that’s how believable is character is.