This documentary has to be one of my favourites so far this year. If you need any type of inspiration and you want to achieve goals in life, you can’t go far wrong in watching the story of Kevin Clash. Kevin had a dream as a young boy of becoming a puppeteer, one day after watching a new show called Sesame Street he decided for sure that this is what he wanted. With scissors and stich at the ready he goes about finding whatever material he can to make his first puppet. 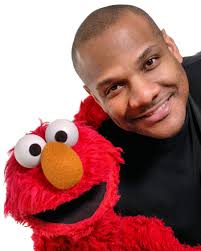 Like any dream you have to work hard to achieve it, Kevin doesn’t come from a wealthy back ground so with the love and support of his family he goes about learning everything possible about making and controlling handheld puppets. Kevin knows if he wants to become great, then he has to get in touch with the creators of the biggest puppet show in America, Jim Henson’s The Muppets.

Just like any good story it was never going to be as straight forward as that!

What you get here is a great story about something we all grew up loving as kids, Sesame Street. You meet the man who created and handled Elmo, also the other puppets he created. Kevin was the first African American known to become a puppeteer, but this has nothing at all to do with the story whatsoever they never  plays this card which I totally admired about this documentary, it was nothing to do about skin colour, it just a dream of a little boy who follows it through to the end.

Very inspiring, now where are those spare socks?