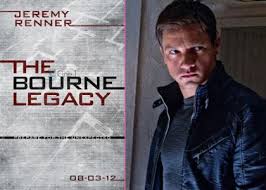 I really wanted to come on here today and tell everyone what a fantastic movie this was, that it’s all fine, Matt Damon won’t be missed, that it took off from where the last one finished. Big problem though, I can’t do that!

They got it all totally wrong; they really missed the trick here. They had the actors in Jeremy Renner and Rachel Wiesz who in all did a great job with what they were given to do. The big problem was is was so off the Bourne franchise. What we loved about the Bourne movies was the in-depth story lines mixed with the in your face action scenes. With Jason Bourne you felt exhausted after the movie like you were put in his shoes and thrown from pillar to post. The trouble with Aaron Cross is you feel short-changed. Renner is the perfect copy of Damon, I had nothing but confidence when I heard he would playing this character. So it’s far from his fault that this movie didn’t work, it’s all about the screenplay written by Tony Gilroy and then directed by him too. He struggled to continue where the last project finished.

At the end it was obvious that this was just going to be a warm up and introduction for Aaron Cross. After The Bourne Identity people were foaming at the mouth for part 2, same as Legacy as well, there was a genuine buzz about this. I don’t think people will be shouting from the roof tops for the next instalment though.

The story line was OK; the action was too far apart and not enough.