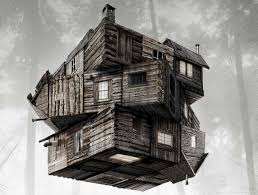 I really like the idea of this movie; it was a different approach to an already over worked cliché thyme. It begins with the usual introductions of the young beautiful cast, the jock, the nerd, the stoner, the easy girl and of course the virgin. It’s very unlikely that any of these would hang around together, but” I guess that’s what makes cliché horror, so cliché”. There is no secret to the viewer that this movie is some type of game show and the cabin in the woods is the platform for a sinister game of which they’re about to par-take. 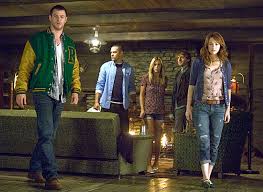 As the clichés keep on coming, the gang finally realise they need to leave. Leaving in the middle of the night is always a big no no in a horror movie; surely they have seen The Evil dead by now? The director sure did, because it looked like he was watching it while filming this!

I was waiting for this big twist which many reviewers had been talking about?  I must have missed it? Or was it that scene when they found a back door the studio? 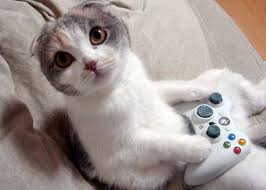 Like I said at the start, it was a good idea, but when the movie finished I nearly picked up my Xbox controller to retry that level again.

2 thoughts on “Cabin in the Woods: Movie Review- Nice idea! Shame it looked like an Xbox game.”