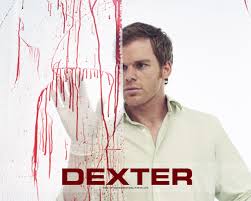 This is a typical example of why you should end a series after no more than 5 seasons. I used to be a big fan of Dexter! Not anymore. What they did up to season 5 was fantastic, the story lines were sharp and clever and they were roping in great actors to give Dexter a run for his money. Season 6 and that all changed, as I thought it may well do. It’s become a real bore now; the writing really has become predicable. This show used to have flare and imagination, it used to leave you wanted more! Now it leaves me wondering why I even bothered.

The end of a disappointing season 6 and finally the cock sure of himself Dexter finally gets caught out by his step sister. This is it season 7 and he’s finally going to get his just deserves? But no, he manages to blag his way out of with a weak ass story. Come on! Is she really going to believe that bull shit, she’s the god damn chief of police! This season could have been an epic save, a real rescue attempt to a tragic season 6! But instead it looks like another epic writing disaster.

My guess is that it’s going to be a season of sole searching for Dexter and Deb, She thinks she’s going to be the one who can rein in his demon! He knows only too well that she is starting to have unjust effect ions for him and the timing couldn’t have been more perfect. Unfortunately though Dexter knows only how to do one thing and that’s to look after himself, he’s not going to think twice about about wrapping her in plastic and taking her on a little boat trip. After all he is a serial killer! If they want more seasons as it looks like they do? Then someone has to give.

It looks like it’s me who will be the one who says bye bye.

4 thoughts on “Dexter: TV Review Season 7 – Talk about over staying you welcome!”