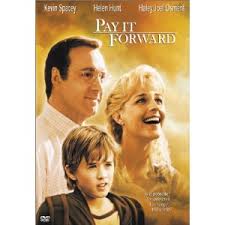 Kevin Spacey seems to love playing intelligent or he just is, and finds it very hard to hide,this movie was recommended by a co-worker,as it’s a decade old and lacking in reputation my immediate response was to fake interest in the movie and promise to get round to watching it,well, I got round and I enjoyed the film. 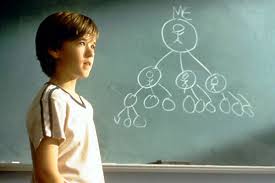 The idea and concept are interesting,do some one a favour and they cannot do themself , ask them to repay you by paying the favour forward to three strangers,seeing this on-screen results in a delightful production that grabs your attention and makes the word escapism come to life. 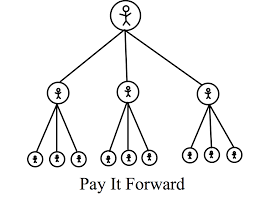 Helen Hunt plays a woman struggling with drink and parenthood, Helen is a fine actor but you never really believe that she is selfish or a recovering drunk ,she plays the role to a safe degree that makes the her character unbelievable. 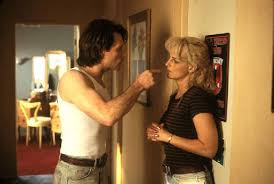 The movie motors along nicely until the one moment when Helen Hunt goes to visit her mom who’s been living homeless throughout the movie and the revelation that this is in fact her own mother loses this film its credibility and overall mark,the idea of this movie was a good one but the direction and ending of this film ruined any real acclaim it may have received.