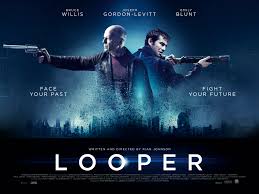 This movie starts off like a Levi’s jeans commercial,the camera pans into shots and zooms into characters faces who’s only expression could be described as empty,I found myself on the fence at the start, debating with myself if this was really cool or was I watching a Levi’s Movie ?

Part of the enjoyment is how they explain the time travel and how the story unfolds around it,it’s probably the best bit of futuristic story telling since Terminator 1. 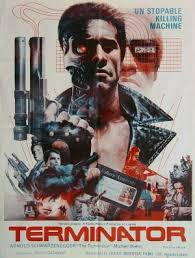 I like that fact that Bruce Willis is introduced as the old man he is in real life,his appearance blind sides you into thinking Bruce is going to play a wise old fool,the flip then arrives and Bruce reminds us all why there are four Die hard movies on the shelves. 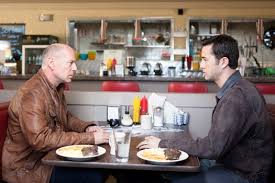 Jeff Daniels is probably the most underrated actor in Hollywood,he plays the bad dude in this showing and lets nobody down. 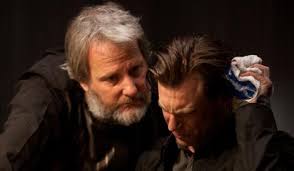 The star of the show has to be the main character,(Joe),Joseph Gordon Levitt is hardly recognisable,I know his work from 500 days of summer and the Lookout,in both of these films he plays the wimpy guy short of confidence which has to be the complete opposite to this film which is only testament to his acting ability and  natural charisma. 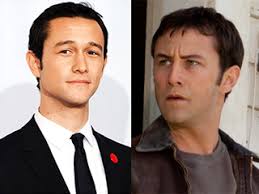