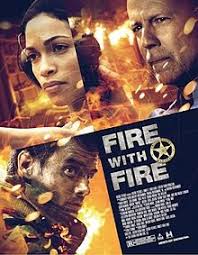 The movie begins with a lesson in manliness,in the first five minutes you got a group of fireman talking about sex,playing it cool with the ladies, and chucking the odd items around in the locker room,if there was any doubt you were watching a macho scene this was dismissed with the finding of some alcohol that must be drunk that very night, oh to be one of the lads.. 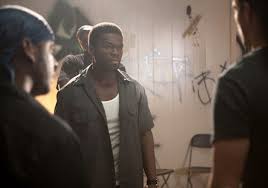 Bruce Willis plays a more mature cop (this time) he doesn’t waste his words and lets his frustration in life show itself across his face when he is on-screen.

After a testosterone fulled start the movie actually develops into something good,I was expecting the normal cliché action flick but instead the movie takes a detour around the conventional which makes for a recent movie were you actually give a damn what happens at the end. 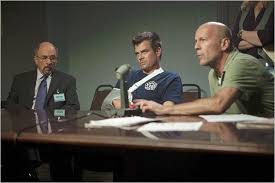 (On a side note I love the movie Lock Stock & two smoking barrels,even though Vinny Jones pulled off a decent performance playing ”himself” the guy cannot act,he seems to have taken part in a ton of American movies without anyone spotting the fact he doesn’t have any talent,maybe it’s the english (cockney) accent,I do not know,but please America,stop hiring him.

One thought on “Fire with Fire (2012) Movie review – An action movie with a Bruce difference.”