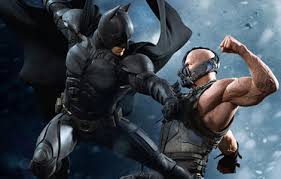 Tom Hardy first impressed in Guy Ritchie’s Rock n Rolla,he took a dip with Bronson but after watching Lawless recently and now Batman today, I have to say there are few building a body of work as strong as Tom Hardy right now. 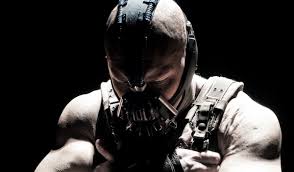 I don’t really care about the Batman franchise,I find the characters generally boring after half an hour,not so with this installment,Bane is someone who makes you stand up and take notice,first you have to deal with his visual look, then his voice haunts you each time he opens his mouth/gas tank,if there was an Oscar for best voice this year Bane would win hands down,in fact the last time a voice made such an impression on me I was watching young chap being told who his father was.