Let’s keep this short and sweet. Why? Because that is all the writer of the screenplay seemed to do, I think after he finished he must have asked a group of 5 year olds from the 90’s if it was funny. Get a grip Dan Mazer! How many years has it been since Austin Powers? He actually tried to get away with using the “yeah baby” gag. He not only wrote the thing, he then decided to direct it. Which to be honest I’m not that surprised, because anyone else would have rather crawled up their own backside then direct this. I should have known better after seeing Rafe Spall’s smug face in the tittle that this was going to be a complete train wreck. Here’s a tip for you Spall! Tone that stupid grin down you overly keen desperado.

This is far from the worst of it. His peers seem to be in tune with him by putting on a talentless display all by them self. Simon Baker from the Mentalist shows up and shows us that he’s not only annoying on TV; he can be perfectly as pretentious in movies also. Anna Faris plays a small part too, I’m not sure what her deal was here, but she looked like she’s had a few too many heavy nights on the crack pipe of late, she looked ill. 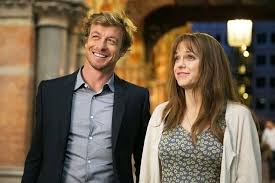 The only funny moments are when Stephen Merchant pops up on-screen,  but this is about 5 minutes in all, but he really is just playing his usual self, also Olivia Colman who plays a marriage councillor has a few amusing scenes. 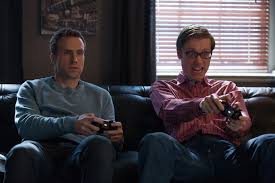 Still not worth the other 90 minutes.