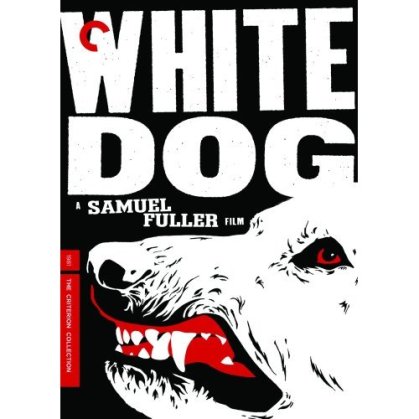 How in the name of Greek buggery does this film get a 7.1 rating on IMDB, I found the film on someone’s top ten horror movies of all time, I am guessing that person must have still been experimenting with the hippy drugs of the 70’s at the time, this film bites the big one.

Funniest scene of the film; After running down the dog, the ladies friend suggests that she should keep the dog as some form of security, that very night a rapist arrives as casually as the post man delivering letters, the only thing missing from the dialogue at this point was the rapist saying, ”Oh hello love, I am a cliché rapist, never seen you or met you before, but I just thought if I kick down enough doors my chances of finding a lady alone are bound to be good, well guess what, you are tonight’s winner”, the following day her friend asks how she is feeling after the attempted rape and she responds like she has just found out her taxes have gone up, as if it was just a mild irritation.

Worth a watch just for the funny / ridiculous element.

True facts about the film;

The film is based on a true story. While she was living in Hollywood with her husband, writer Romain Gary, actress Jean Seberg brought home a large white dog she had found on the street that seemed friendly and playful. However, when the animal saw her Black gardener, it attacked him viciously, injuring him. Afterward, the couple kept it in the backyard, but one day, it got out and attacked another Black man on the street but no one else. After this happened a third time, they realized that someone had trained the dog to attack and injure only Black people. Gary wrote a magazine piece about it for Life in 1970, which eventually became a fictionalized full-length book.

In the original storylines based on the original script (like the book), Keys deprograms the dog to hate White people instead of Blacks. Once Samuel Fuller came on board, he quickly changed this storyline to simply rid the dog of its racist overtures.

The major reason the film was buried by Paramount was due to the criticism claims by the NAACP stating the film was trying to push a racist message across in its depictions of the dog’s actions while the film was in pre-production. Once a release date was set, the NAACP then threatened Paramount with boycotts which soon scared off executives largely due to the film’s subject matter. The film was then limited to a series of limited screenings throughout 1982 in cities such as Seattle, Denver and Detroit and Paramount finally aborted its release in the U.S. and shelved the film soon after. Paramount then tried to bury it for almost 25 years and yet the film was seen sporadically during this time appearing on cable and even a very brief, enjoyable run in art houses around the U.S. Paramount finally acknowledged the film and lifted its studio imposed ban by licensing the film as part of Criterion Collection, which released the film on DVD in 2008, more than 25 years after its intended and aborted release.

3 thoughts on “White dog (1982) Movie review; Most over rated horror classic, but funny!”