I was looking forward to this film, the story behind a charismatic man who could make the world smile with a simple sentence, the makers got the drama side of this story right in respects of the crimes against Mandela and his people but if there is film that is supposed to capture the beauty and love of Mandela, this unfortunately is not it.

Naomie Harris was a bit of a let down playing Winnie Mandela, I don’t really rate her as a serious actress, she may be OK for the quirky Bond role, but for a serious dramatic portrayal of Winnie and the pain and anguish she went through just wasn’t there in Naomie’s face, I did not believe her, or her terrible accent. (Not Naomie’s fault but her make up to make her look old just did not work)

Idris Elba is a monster of an actor, being a HUGE ”Wire” fan I always follow his career with great interest, he lets no one down with his performance but he fails to capture that joyous Mandela, instead of the wise and witty man you get a very serious Mandela throughout apart from a few moments near the end I really failed to see any of the true Mandela in Idris, if you had never seen Mandela or heard his story this film would be interesting alone, but if you are looking for an insight into how Mandela became the beacon of light to so many, I think you will be disappointed as I was. 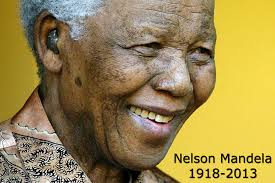 I would definitely recommend seeing it, I just think it could have been so much better, when the huge moments arrived in the film they turned into such an anti-climax, which is the films and the directors problem, this film never get’s out of second gear.