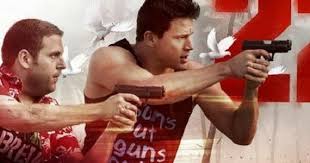 When 21 Jump street was released I thought I would hate it, but there was something about Jonah Hill and Channing Tatum’s relationship that had great comedy chemistry.

So onto the sequel in the form of 22 Jump Street, I pre warned my cheeks for laughing but no real warning was necessary, there were moments throughout that were mildly amusing but in general this version did not have the same bite that the original delivered. 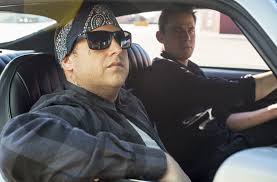 In the first film there was an innocence to both characters, Jonah was a bit of a loser while Tatum was a dick, both characters were likeable in their own way, it was very easy to enjoy the journey of the film, added to this it was flowing in satire.

This is not on show in 22 Jump Street, both guys have no journey to go on, Tatum flirts with being a pro footballer while Jonah falls for another girl, there is a nice montage of mick tacking follow-up films when the credits arrive when the film has finished, I wish the film was leaning more to these jokes rather than just a poor imitation of the first film.

Facts about the film

Kurt Russell mentioned that his son Wyatt turned down a role for The Hunger Games sequels to star in 22 Jump Street.