I am amazed that Geoffrey Rush has not appeared in more blockbuster movies, the man has skills beyond his back catalogue, he picked up the accolades for the Kings speech but apart from that he was just a face that you knew, once again he produces a mesmerising show in ”Best offer”, he has a knack of letting you know that you are watching the real deal whenever he appears on-screen, I would love for the man to be teamed up with the likes of Al Pacino, Jack Nicholson or even Daniel Day-Lewis, the man is a monster of an actor,and I feel his true ability will tell when he gets his chance with the big boys.

With that being said the story and dialogue is simply beautiful, at times I watched in envy as each scene closed only to bettered by what was to come,the use of the English language was elegantly delivered without feeling like a period novel was being forced down your throat.

One of my films of the year!

This movie shares its style with the film ”Stand by me”, they haven’t copied the film it just captures the youngsters naive quality as well as a sense of loneliness.

Matthew McConaughey puts in his best performance since ”Two for the money”, the man has class as an actor, he really shows some great detail in the emotion he is expressing throughout this film, when the dialogue alone is not enough it’s surprising how much Matthew can convey with just his eyes, that said I do look forward to the day when he leaves his shirt on,he must have it written into every script as I can’t think of film where is doesn’t take his top off, this film is no exception.

Part of me gets annoyed with the fact that he chooses so many bland movies in between the creative and interesting ones, namely … Magic Mike,Failure to launch,How to lose a guy in 10 days, I know you could argue an actor needs to act but I really think he has the talent to pick and choose a little more.

The second star of the show is little Tye Sheridan, he has a look that can cut a tree down, he reminds me of River Phoenix, in his no-nonsense and natural delivery on-screen.

The film in itself ticks many boxes, the story is original and keeps you guessing throughout, it also holds a rare quality which makes you feel comfortable within minutes of watching it, not many films can truly achieve 100% escapism for its audience,I can confirm that ”Mud” did this for me and I applaud the Director (Jeff Nichols).

I remember a friend of my dads lending him a pirate copy of this film back in 1992, we wanted to see this movie badly and for our trouble we watched possibly the worst pirated film in history, half the screen was shaking and the picture had all the colour taken out of it.

Having just recently watched this in (full quality) it really does stand the test if time, it’s more than just a fighting action movie, the relationship between Dolph and Damme is interesting, it’s not just good vs bad, it’s more insane vs normal, added to the backdrop you have the futuristic feel of the technology and a chase movie that has two lead characters you actually care about. 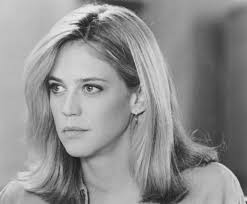 Dolph Lundgren plays a crazy man with a smidgen of sarcasm, I find myself laughing at most of the things he says,this is his best acting role in my opinion, he is well-known for Rocky 4 but he basically plays a robot.

I have never been tempted to watch any of the other universal soldiers,I just know it would ruin it 🙂

When action movies where good !

The last film to be recorded in CDS, an early digital sound format. In the following year of the film’s release, sound technicians had developed DTS. This sound format was apparently of higher audio quality than CDS and has been used in most movie theaters ever since.

Though they’re all supposed to be American the Universal Soldiers are played by a Belgian (Van Damme) a Swede (Lundgren) and a German (Ralf Moeller).

The original script presents a much darker depiction of the US military than what eventually ends up on the screen. In the original screenplay the Colonel in charge of the Unisol project orders ‘Dolph Lungdren”s character to ruthlessly kill off all the civilian witnesses to his pursuit of ‘Jean Claude Van Damme”s character. The Colonel also informs the head scientist that the terrorists at the dam were not terrorists at all, but mercenaries hired by the army to provide fake justification for the Universal Soldier programme. In the finished film these scenes are omitted so the witnesses are left unharmed and the gunmen killed by the Unisols at the dam were genuine terrorists. The Colonel and his men are actually heroic figures with a real and valid mission who just want their multi-million dollar Unisol back. Whereas military villains were de rigeur in the post Vietnam 1970s and well into the 80s, by the time of filming the reputation of the US military was at an all time high following the first Gulf War so it was considered unlikely that the audience would accept them being shown in such a poor light.

I feel like I’m being stalked by Dwayne ”action” Johnson recently, with his appearance  in GI Joe,Pain & Gain and now Furious 6,the most annoying thing about his performance in these films is that his character is exactly the same, It feels like a factory process at its worst, were they keep Johnson in the studio and just change the background and the movie but he essentially stays the same, I hear you can now rent him for birthday parties.

This movie is OK, nice to see London as the backdrop, the plot is a bit lazy but then I don’t think the fans go to see this franchise for the story….

OK for an action popcorn fest!