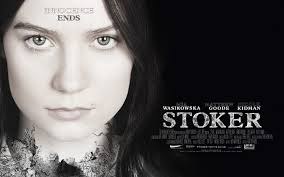 Straight from the get go you are introduced to the Stoker family mourning the death of a Husband and Father. Even before the first scene is wrapped you can tell there is a dark tale at hand. Man of the house dies! Then uncle creepy (Matthew Goode) shows up all of sudden, acting all mysterious and holy like he was sent by angles to save the despair. If he was such a gem, then why has nobody set eyes on him before? “To be honest they don’t try and disguise his creepiness”, if so he would stick out like a sore thumb in a house where weird is the formality.  It’s not too long before Uncle creepy starts to show his real colours, but by then India (Mia Wasikowska) emphasis and realises where her own darkness arises from. 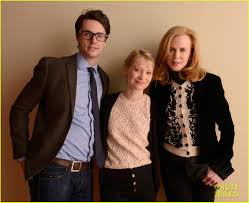 The one person that I didn’t look for before starting this movie was the director, I’m sure I would have heard about it, but it slipped my mind that he was the directing this. It’s not too long into the movie when you’re telling yourself that you have seen this style of shooting before, it’s not American! Sure it has been replicated since, but not to this standard of slickness. The director was Chan-wook Park from Oldboy. Beforehand I was thinking whoever it was they were just showing off their cinematography skills they learnt in movie school. Same could be said about Park too, but this isn’t a fluke, he’s tried and tested. This guy leaves no angles wasted at all when shooting, everything on the screen is clearly put there to work, every shadow and reflection is shrewdly used to make sure that what you’re watching is what he had in mind.

A small shout out for the cast, I like what Kidman is trying to do now, her movie choice has improved a bunch and she seems to be becoming a better actress or it. Wasikowka has a great career ahead of her too, showing she’s comfortable in any role.

Great debut though for his first English speaking film for Chan-wook Park.

Directer Chan wook Park, made this classic film back in 2003,A bonus of watching foreign films is that you generally wont be able to predict were they are going,I don’t know if it’s the fact that directors are not influenced by their famous foes from the west,or something to do with the Asian culture being more disturbing when it comes to shocking behavior.

Oldboy is about a man pissing his life away,quite literally as this film starts,he is kidnapped and then held in a room for fifteen years without human contact.

Over the years Oldboy develops new skills by watching television,until out of the blue, he is released and told the reason he has been kept prisoner for so long,Now the movie really starts and the quest begins to find answers to a million questions.