While travelling around South east Asia for nine months,I found myself in Thailand,the bar scene is not one of those scenes I cherish in Thailand,but from time to time,if you want to enjoy a few beers or a game of football,you don’t have a lot of choice,this happend a few years back when I was 29.

I pass several bars,as I walk along a busy road full of bars,I walk pass a lot because the screaming women shouting welcome are giving me the opposite feeling to the word they are saying,they are shouting welcome,but it comes across as help me!

Eventually I walk into an English bar,it seems from the outside that everyone is just chilling out,no screaming girls just people getting on….

I order a San Miguel beer,before I can take a sip,I am approached by a man in his 50’s…

You don’t know nothing about Thailand mate,I’m taken back by this introductory question,I compose myself and weigh up the guy in front of me,I respond by saying,I’m sure there is lot going on behind the scenes that it’s best I don’t know about,The man in his 50’s,seems delighted with this answer,fair play,maybe you do know a lot about Thailand mate,the guy has a scouse (Liverpool) accent,he decides to sit next to me,which makes me sigh inside.

My names Tony mate,you may know a little about Thailand,but you don’t know everything,I said I never said I did,(Tony) Guess what I did before I came out here mate ? I said,I haven’t a clue,what did you do before,(Tony)Nah mate have a guess,go on have a guess….I say, copper(policeman),I say this because of his pleasure of telling people what they know,a moment of shock came over his face,oh my god,Yes,you’ve got it in one,WOOOWWWWWW ! You are a special lad arn’t you !,he then goes on,to tell several people around us,who don’t care that I just guessed his former job.

After Tony continues to bore the bar,he head’s back to me,to my joy 😦

(Tony) Hello again mate,do you know why I love this bar,I reply with a glance in his direction.

There’s no Germans in here mate,I fucking hate Germans,this bar is proper English,No nig nogs,no Paki’s like at home,I moved to Thailand because I get to choose who I share my life with.

This circle of one way conversation is repeated around five times,I get told I know nothing,then I get told I’m a clever lad who knows a lot,I try my best to ignore Tony,until Tony brings the boss over,here he is he says to the boss, I hear you are guessing people’s previous career ? says Eddie the boss, I reply that I’m not in fact doing this,Tony kept asking and I took a guess and got lucky,Eddie puts on a Poker face,OK what did I do before then,I tell him I haven’t a clue,I eventually guess that he was a lorry driver,Eddie doesn’t tell me if I’m right but instead,buys me a beer then joins in with the racist rant that Tony has started.

A few hours later,and im feeling pretty merry,Tony keeps wandering around the bar,Im watching the football still,I had been trying to quit smoking at the time,but as I was drunk,the cravings were heading my way,Tony comes up at that moment,Hey Tony,can I borrow a cig,yeah sure no problem said Tony,he then called across the bar to the boss,SHIT HEAD,get me two beers,I was taken a back,why did you call him that I said to Tony,Tony replies with,ah this place goes to his head sometimes,we all call him it,its his nickname in here.

A man then approaches me from the left,he tells me he is from the north of England,and that he is married to a Thai women,who is in England,I ask why she is not with him,and he replies,my wife stays in the UK while I come out here to visit my girlfriend in Thailand,he doesn’t blink when telling me this,I ask, does his wife not mind him having a girlfriend, he replies with,what she don’t know wont hurt her,and then says she is not stupid,she accepts it.

I then turn to the bar,to order another beer,I notice Tony in the corner telling a customer who has just walked in that he doesn’t know anything about Thailand,I then see the boss behind the bar talking with someone,for the life of me,I cant remember his first name,then all of sudden I remember his nickname,Hey SHIT HEAD…. Hey SHITHEAD…SHITHEAD!,I say,can I have a beer and a smoke,the boss’s jaw hits the ground,he walks over to me,what did you call me ? SHIT HEAD ? why did you call me that ? at this point I thought he was joking until he called over Tony,Whats up lad,says Tony.I explain that Tony called him SHITHEAD and that I followed suit,Tony confirmed that what he had actually said was BIG HEAD,as he mentioned those words,I realised that I had misunderstood Tony,the Liverpool accent is very harsh,I apologised to the boss who at this time had taken deep offence to being called SHITHEAD in front of half a dozen of his regulars in his own bar. 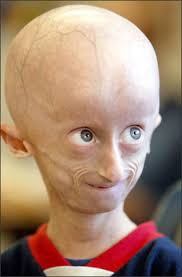 A few minutes later, after I tried to gain SHITHEADS attention,to order a drink,all I got was a man who was refusing to make eye contact,I looked at him for a good five minutes,eventually his Thai wife came over to me and said,If I needed anything,I could order via her,I told her not to worry,you could feel the atmosphere in the bar,the music seemed a little lower,any friendliness has disappeared ,I decided to leave at his point,as I walked outside the bar,his wife followed me and told me I am welcome back to the bar at any time,and sorry about my husband…….

Safe to say I never went back to this bar again, I am always well mannered and would never had called him this name on purpose if I thought it wasn’t his nickname,once in while I walk past,and I spot Tony the racist breathing into someones ear but I instead chose a bar which was less sensitive and less fearing of foreign people or thinking.