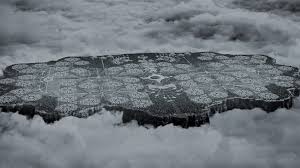 It’s an interesting movie, kind of reminded me of a recent film ”Divergent 2014” on the basis that in the future your role in life is pre determined and society is controlled to a robotic degree.

This movie is a slow starter, I understand they were building a picture and a story but there are ways to do this, I was yawning on the inside for the first fifteen minutes, eventually the pace picks up and I started to enjoy the film, the possibilities seemed endless, which is strange because how it ended was very disappointing, the film slides out to a cold and unimaginative ending that kind if made me feel that the time I had invested really wasn’t worth it.

The director/Writer should have ”GIVEN” more, they really had a great idea on their hands which in execution slipped through their fingers!

Right off the bat, it’s easy to see the similarities between this movie and Men in Black, while chasing a suspect Will Smith gets introduced to a new world and slowly learns with the help of his new partner that he is surrounded by aliens, well if you swap aliens for dead people and let Ryan Reynolds play the lead everything else is almost the same, even his partner is a cowboy in the form of Jeff Bridges who is playing the Tommy Lee Jones character.

I enjoyed the film and the concept from the beginning, even though it had the blue print of ”MIB” there was moments and interaction between the two leads that was genuinely funny.

Once you get half way through you soon realise that the movie’s plot is some what misty, I remember thinking at one point what is the bad guys goal ?, it seems their goal was a secret so in turn the hero’s goal was a secret, the result was a lot of over the top CGI which was incredibly boring and almost cartoon like at times, it seems a trend of late with these type of films, (if in doubt, add a s*hit load more CGI )

I like both actors but the failure to write a good ending and middle really lets this project down.