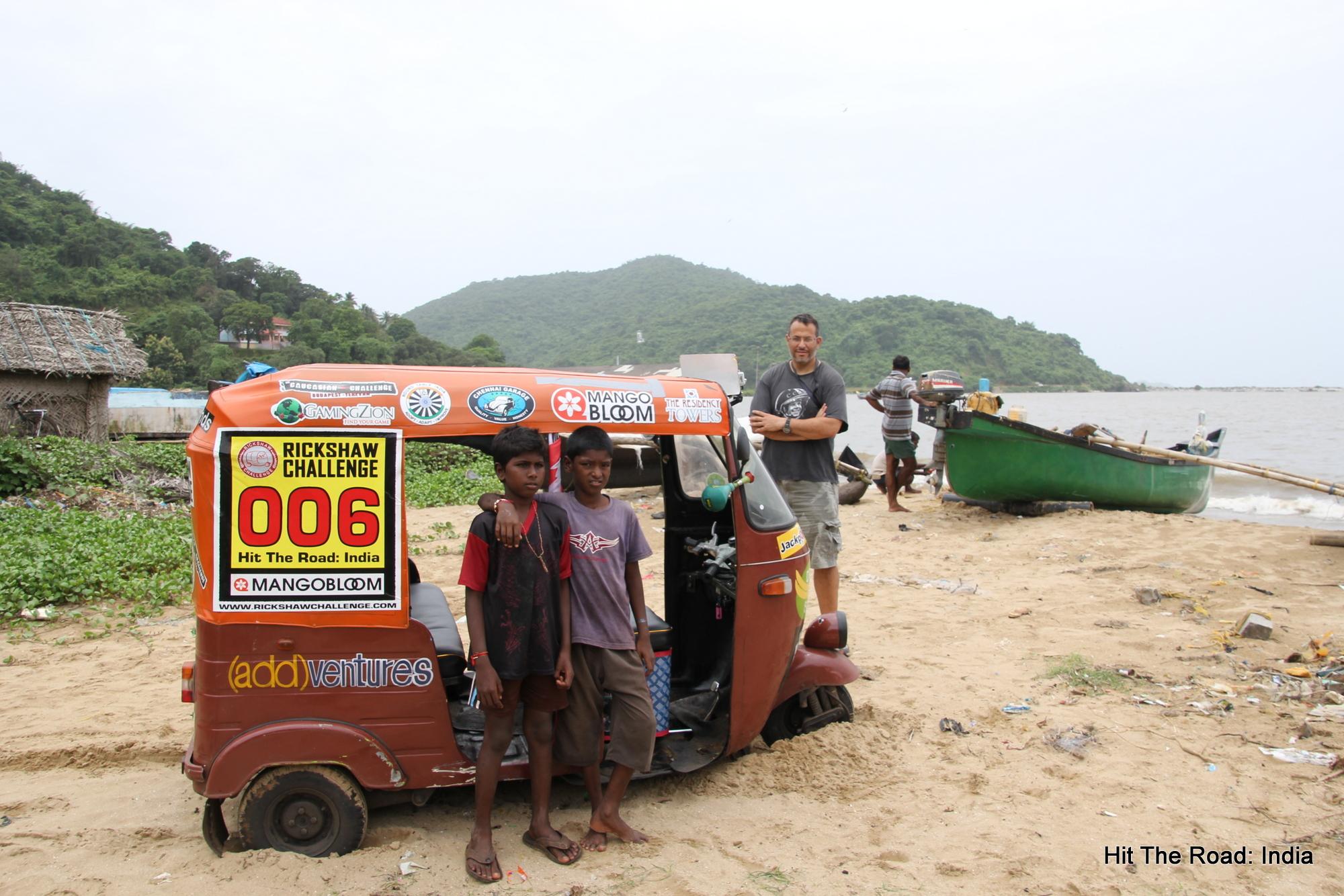 An unconventional movie which includes two unremarkable characters who’s redeeming quality is their
genuine thirst for something different.

Positives: This film will motivate you to plan your own adventure and will make you reflect on your own past travels.

The soundtrack is outstanding and really brings about a feeling of freedom to the film.

The Movie manages to capture India’s shy turn of cheek and friendly smile in a way that most travel shows miss.

Half a dozen Tuk Tuks are rented for the use of travelling around India,the film only follows the two guys from America,it would have been so much more interesting if the other groups were included in this film,at least there would be more characters to bounce off,as it is you have a road and the locals who fail to exchange any meaningful conversations throughout.

I really think the makers missed a trick with not having a scene at the start & end which showed them having a few beers and talking about their expectations and fears for the trip,as it is you don’t really get a feel for who they are until half way through the film.

Overall I enjoyed the film and the desire to complete what looked like a horrible road journey at times!

I was never big into cars when I was a little nipper,so this movie was never gonna be a big winner for me, I have seen the 1st one and did enjoy the charming talents of Paul Walker vs Vin Diesel’s angry persona, as for Furious 2,3,4,5 & six I managed to luckily escape these films without feeling like I had missed out on anything.

To start with this film is terribly cheesy, you know with the ”Expendables” franchise when they over kill a cheesy line but with there being an inside joke that this film is full of has been action stars, well in this film you have all the cheesy dialogue without there being an inside-joke, it seems every five minutes Jason Stratham,Dwayne Johnson or Vin Diesel are trying to out cool each other with their unthoughtful one liners!

As for the good in the movie, there are around 17minutes of good stuff surrounded by 2hours of bullshit!,the 17 minutes include some outstanding special effects which includes some ground breaking stunts in Dubai,added to this you have a nice tribute at the end which is sad as well as creepy at the same time, in the way they have edited footage to make it seem like it was a planned goodbye.

Paul Walker was a very talented actor, my favourite film of his would have to be Road Kill,he shows more of his range in this film and really takes the viewer on dramatic journey!