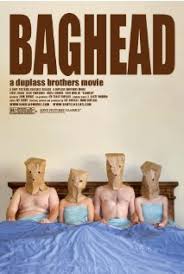 Well this is the last of the Duplass bro’s movies I had left to review, I think I picked them off in the right order. This was the weakest one of the bunch. Not that weak that my  thoughts have been averted. This has their finger prints smeared all over it. I think because of the low-budget success of The Puffy Chair they thought “if it ain’t broken, why fix it”.

The story follows four friends who are inspiring to become actors. They find the going tough to find permanent roles, so after watching a play of a friends they decide it looks easy enough to write a script. While the two girls are powdering there nose’s the two guys agree on a long weekend away to get the creative juices flowing. 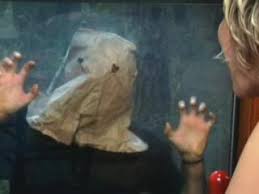 One of the guys has a family member who has a weekend retreat, armed with supplies, they head to the cabin in the woods. So with the scene set and a little love triangle thrown in, what ideas will arise?

The weekend starts off slowly, hard pressed for ideas the script soon starts to write its self. What starts as someones dream soon becomes someones nightmare.

It was an honest enough idea, a handheld camcorder and a spooky cabin in the woods. Sure it’s been done before, but probably not on this low a budget. It’s hard to work out what they wanted to achieve come the end. Was it comedy, was it horror? I’m not quite sure myself. This was the least favorite of their movies for me, not a total failure by any means, still watchable.