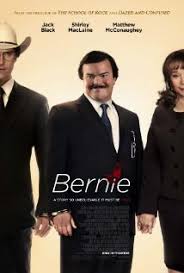 Bernie is a true story about a mortician who just can’t do enough for his local community weather their alive or dead.Bernie generosity gets the best of him when he get involved with a wealthy widow, what start as a helping hand soon becomes and comfortable life style for Bernie. It’s not too long before Marjorie’s well known nasty qualities turn on Bernie, the only question for Bernie is how long can he hold out. He knows if he just leaves the money he has used to help his friends and family will dry up. So when one more nasty comment pushes him too far, there is only one question left? How long can he get away with pretending she is still alive? 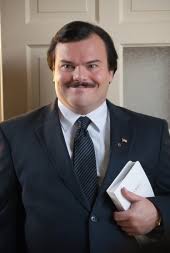 Good or bad Jack Black is always entertaining; he is a man of many faces and always puts his heart and soul into a role. Maybe the original Bernie was this type of character, but is it OK to glamorize killing someone. He doesn’t go around bragging about it, what I mean is the person you end getting attached to is the killer. I guess the message was its ok to kill someone if you’re helping others along the way.

Matthew MaConaughey appears as the sheriff, showing that over the last year he really has decided to start being serious about his career, he’s quite funny, but is he meant to be?

I still enjoyed the movie, I just don’t agree with praising a killer unless it’s a made up character.

5 thoughts on “Bernie: Movie Review – So killing is OK as long as other people prosper?”