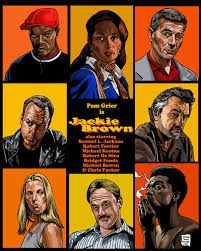 As my New years was surrounding a one year old child I decided on my classic film of choice…..Jackie Brown,not seen it for years but I was looking forward to seeing the slick dialogue and clever editing,I was not disappointed on this revisit. 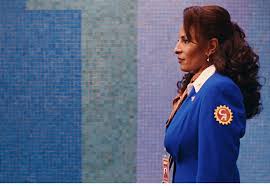 First mention goes to the soundtrack,as Jackie Brown arrives on-screen you are plugged into 110th Street,possibly one of the coolest introductions to a lead character/movie,there is no John Travolta swagger going on with Jackie but there is an attitude, at this point Tarrantino has tweaked your interest and you are anticipating something special,he does not let anyone down.

Everybody raves on about his role in Pulp Fiction,(he was great) but I put this at the top of the ladder,his character is twisted,mean,paranoid and stupid,all washed over with a hustlers bravado.

Some of the dialogue he shares with Max Cherry and Jackie Brown is pure gold,you are no longer watching just a movie,you are watching a masterpiece in how movie making should be done! 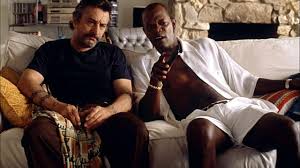 This is possibly the most underrated performance of De Niro’s career,everyone expects a strong intimidating character,instead he delivers a shy insecure person who is mentally unstable after spending the past four years in prison,I would describe his performance in this flick as a slow burning firework which eventually goes bang.

I have always had a soft spot for Michael since Beetle Juice,like De Niro he had to play down his role as it wasn’t a lead,but he plays it perfectly,you feel his frustration and as he comes off as likeable you are in some parts rooting for him which is a huge compliment to his acting ability.

Jacky Brown and Max Cherry’s relationship is fantastic,at no point does it feel forced and at best you root for them to get it on,normally in a love interest you have a cool customer and a goofy idiot,not so in this story,both are very cool,at no point does it feel contrived,I think Tarrantino get’s a way with this because of the good writing,but also because of their age,they talk from their experience in life,it’s believable and brings a freshness to the screen.