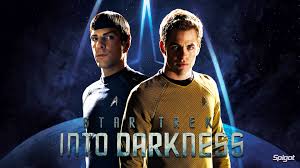 You have to be well and truly out of the loop to have not heard about Star Trek over the last several weeks. Even the local homeless guys were sticking their two scents worth in on this one, reminiscing of better days when TV had limited channels and Star Trek was a strangely fascinating look at where our TV Viewing was going. Jump fifty years forward and you can’t flick through a mere 3 channel button exchange without seeing some wacky creation of a mind that couldn’t get the their heads out of the sci-fi galaxy. 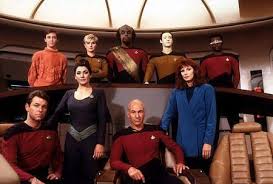 As a child my alliance was always to Star wars, they always seemed like they made more effort with their creation. Star Trek always felt like the poor relative to me, the set designed looked like something from an Aussie TV series, when someone shouted you could see the wall flap. Some of make up too, it looked like it was done at the local school fare. I just couldn’t get in to it! This is not one of those…..but when I watched so and so I was hooked. That never will or will happen, I still couldn’t bare sitting through multiple hours of cling-on talk.

This is just a movie lover giving his opinion on the follow up of what was a good job done last time around. So was I just as happy with this as I was the last outing? No I was not! I was even more impressed, it’s amazing what 4 years of technology can do, some of the CGI was fantastic, especially when the enterprise goes into light speed. Where Star Trek fails for me is when filming in the enterprise, the set build seem to stick with the flimsy look, maybe that’s just their nod to the old ways! It must be the format the fans love because they have plenty of them. The movie itself is a proper action flick; it’s what the year needed to be honest to give it a kick up the back side. What gives it its extra bite is it never really allows you to become bored and if it does they crank the volume up (literally) to make sure your head doesn’t dip. As a non-Trekkie fan I was never put off by any of the characters, even the cling-ons, “sorry, spoiler”. 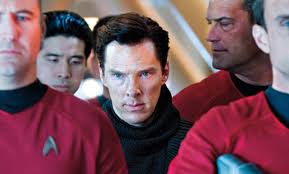 The big talk is about Benedict Cumberbatch’s character, yes he puts in a fine performance, but this is not going to be the role that he is most remembered for in the foreseeable future. He will go on to be one of the Hollywood greats; this was his spring board to more serious work ahead.  Chris pine does an OK job too of not annoying me, Zachary Quinton who plays Spock should think about keeping those ears full time because without them he seems lost in TV world. It’s good to see Simon pegg with more of a role this time around, so we can laugh at his crap Scottish accent (in a good way though). He is upstaged though in the really shit accents department by Anton Yelchin who plays Cekov, he sounds more Scotty then Russian.