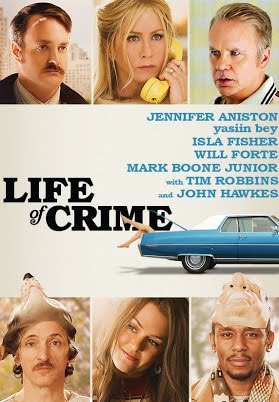 I enjoyed this movie, it’s about two friends who plan a kidnapping, now you may say this has been done before and I wouldn’t argue with you but they bring a bit of foreplay into this storyline, each avenue is explored with regards to what if this, this and this happens, it’s very enjoyable to witness the plan coming together.

In the mean time the unsuspecting victim Jennifer Aniston delivers nicely, I have slated her in the past for playing the same character since friends but I have to tip my cap to her in this film, she is believable and likeable without being anything like her Friends character.

Tim Robbins also makes an appearance, I think everybody see’s him as their favourite third actor based on Shawshank, it is possibly the most over watched film out there but there is no denying its class, nice to see him in something new and clever.

Mos Def and John Hawke’s play the two leads who fail to show any hint of ego between them which results in instant likeability and a willingness to support and root for them throughout.

2 thoughts on “Life of Crime (2014) Movie Review; A smart crime movie with foreplay!”